Weinheim, May 23, 2022. What precisely do two young scientists – Dr. André Mateus, a pharmacist, and Dr. Kelvin Anggara, a chemist – have in common? For one, both share a profound passion for scientific and research work. For another, the two scientists have also studied and gained their doctorates in a wide variety of countries. On Saturday, in recognition of their scientific research, they  received the Karl Freudenberg Prize at the Heidelberg Academy of Sciences, Germany. “The Freudenberg Group as an innovative technology group has always honored exceptional research conducted by young scientists. Not only do companies benefit from a rich research and development environment, shaped by outstanding young scientists, the Karl Freudenberg Prize also helps to promote such scientists in their future careers,” says Dr. Niko Reuß, Head of Freudenberg Technology Innovation.

Referring to his research, Dr. Kelvin Anggara says: “The objective was to highlight the multitude of structures of a carbohydrate and investigate how these structures determine its flexibility.” Born in Indonesia, the scientist broadened his experience in many different countries, including Singapore, and studied for and gained his PhD in Toronto and did his postdoctoral work in Stuttgart. “My vision is to one day understand the language of cells and be able to communicate with them. Cells are surrounded by sugar molecules, which are also carbohydrates, and they talk to each other,” Anggara says.  “If we could crack that code, it would be amazing since we could then communicate with cells and influence their behavior. It would represent a major breakthrough in cancer research, for instance.”

The chemist used a scanning tunnelling microscope to study the structure of carbohydrates.  He has published his results under the title "Identifying the Origin of Local Flexibility in a Carbohydrate Polymer". They show that and how these structures determine the flexibility of carbohydrates. Measuring carbohydrate flexibility is critical to understand how these carbohydrates gain their biochemical properties. The new findings mark the first step towards understanding how to communicate with the cells and influence their activities. This includes understanding the reaction of a cell to a virus or a bacteria. This would be a major breakthrough in cancer research, for example.

Speaking about his enthusiasm for scientific research, pharmacist and award-winner, Dr. André Mateus says: “I’m passionate about crossing the boundaries of the unknown and I love being the first person to make a discovery”. What sets the scientist apart is being able to change his perspective and critically examine existing knowledge. An added bonus is his experience gained from working in different countries.  Portugal, Uppsala, and Heidelberg count among the scientific milestones on his résumé.

But what is his work all about? Mateus investigated the role of proteins in Escherichia coli, a bacterium most commonly responsible for infections of the gastrointestinal tract. He analyzed the impact of removing over 100 proteins (one at a time) from this organism for his research titled, “The functional proteome landscape of Escherichia coli”.  Due to the increase in antibiotic resistance, Mateus used a new technology to study proteins of unknown function. The “thermal proteome profiling” methodology is based on the principle that essential protein interactions influence protein stability.  Mateus used the methodology to discover which proteins interact with each other, which influence each other, and which have no contact. Both the data pool and methodology are now also available to other scientists.

“I was delighted when my supervisor told me that I had won the Karl Freudenberg Prize. It was a tremendous honor,” says Dr. Anggara.  And what of his dreams for the future? Dr. Anggara is eager to continue working as a professor and making new scientific discoveries in his favorite country, Canada. Dr Mateus also wants to continue his career in science and continue making new discoveries. Enthusiasm for science and research, international experience and the goal of making new discoveries - that's what unites the two young scientists.

In celebration of the 100th birthday of Heidelberg Chemist Karl Johann Freudenberg, Freudenberg endowed the Karl Freudenberg Prize to sponsor young natural scientists in Baden-Württemberg. The prize is awarded each year for work in the natural sciences – particularly chemistry and biology – and is endowed with 10,000 euros. Nominations and a comprehensive selection process are carried out by members of the mathematics and natural sciences class of the Heidelberg Academy of Sciences (State Academy of Sciences of Baden-Württemberg) as well as university professors and institute directors in Heidelberg. 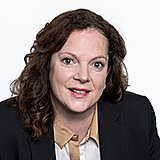