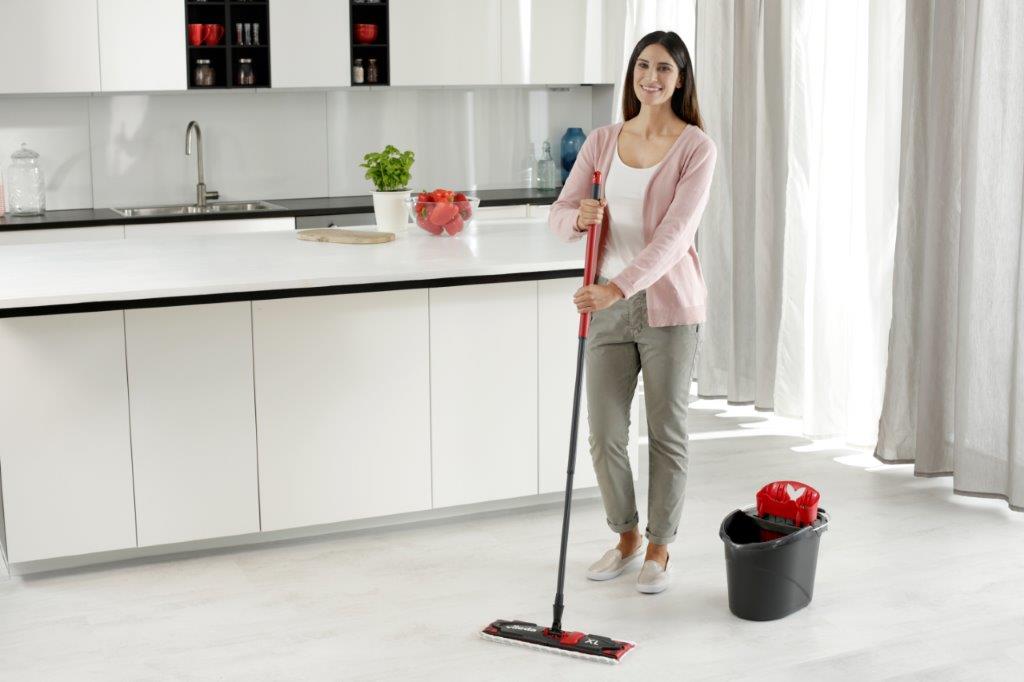 Weinheim, Germany May 3, 2019 What do Europeans think about spring cleaning? A current study from the experts at Freudenberg Home and Cleaning Solutions (FHCS) has the answers. The Freudenberg Business Group is the market leader for mechanical cleaning equipment with its Vileda brand. To form up-to-date conclusions on cleaning habits, the YouGov global public opinion and data company surveyed a total of 5,242 people in Germany, Italy, and the United Kingdom in February 2019. The results have now been evaluated. They show how countries and age groups differ in their cleaning habits and where they overlap.

Thoroughness is a question of age.

Those over 45 tended to be more thorough than the younger participants. The finding applies to all countries that took part in the survey. "A trend was found where younger people cleaned less intensely but more often," says FHCS Global Head of Marketing Andreas Mack. "So consumers increasingly need cleaning products that are simple and time-saving yet still thorough. Young people are especially open to innovations, with specific designs." Electronic Vileda cleaning devices such as the Electric Sweeper, the 1-2 Spray & Clean or robots help meet this demand. "Early this year we launched the VR201 PetPro cleaning robot, which is specifically designed for pet owners' needs." The STEAM cleaner is great for people who really want hygienic cleanliness.

The figures also reveal that spring cleaning each year is still very important in Europe. "Young and old, women and men, single people and large families all have different cleaning preferences," says Jörg Ehlen, Head of Vileda Germany.  "All share the fact that they clean for their personal sense of well-being, and less out of tradition or for their partner." A truly comfortable house includes cleaning and the "feed-good factor" afterwards." Fifty-four percent of those surveyed in Italy, 51 percent in Germany and 40 percent in the United Kingdom listed this as their reason for spring cleaning. This was closely followed by "Clearing out and freeing up space" as well as "Allergen removal and disease prevention".

Ehlen has a few useful tips for anybody wanting to tidy up their home over the next few days: "When cleaning with a flat mop, it helps to use a figure eight motion when you mop the floor. This is more effective in collecting dirt particles and the floor will be thoroughly cleaned in a short period of time. And remember: You clean best when you have a good time doing so. So open the windows and crank up the music."

Freudenberg Home and Cleaning Solutions is a leading global supplier of branded cleaning systems as well as household and laundry care products whose advanced solutions make the lives of millions of consumers around the world easier. The portfolio includes brands like Vileda®, O'Cedar®, Oates, Gimi®, Gala®, Wettex® and Marigold®. With a leading market position in almost all of the countries in which it operates, the company generated sales of above €931 million and employed more than 3,200 people in 2018. New, effective products and distribution channels, technical innovations and a strong customer focus have been the company's key success factors for many years. International market and customer research, innovation centers and production facilities in all regions of the world, as well as a dedicated sales network in more than 35 countries also help the company thrive.